Choosing to love yourself above all else comes at a cost. It involves sacrifice and pain. It involves ripping yourself apart and piecing yourself back together again. It may even involve consuming three pints of ice cream and a share bag of Doritos….

In late 2019 I chose to end a six year relationship. It came as quite the shock to our friends and family who had already planned our wedding , where we would live, and how many children we would have. As the designated “Mum and Dad” of our friend group it felt like I was carrying out the ultimate betrayal. Who was I to rob everyone of their hopes and dreams?

Now kids, I didn’t just wake up one day and decide “This is it, today’s the day I’m breaking someones heart.” I had been with – Lets call him Humphrey – since the tender age of sixteen. He was my first everything. We shared the same dark and punny sense of humour, we had a taste for all things deep fried and we both had a genuinely great time together. But no matter how hard you may try, you cannot force love.

There was nothing profoundly wrong with our relationship. “Humphrey” had moved into my parents house around the three year mark. Our daily routine consisted of going to work or education before returning home, whereupon I would cook something sufficiently carb loaded for dinner and Humphrey would play on his PS4. Rinse and repeat. To outsiders it looked like the fairytale romance. No arguing, big plans for the future and seemingly happy in the little bubble we had created for ourselves and our pets.

I’m not sure when I started to realise I had fallen out of love. There was no big fight or build up of tension. Nobody was holding a big sign telling me I was kidding myself. It crept in slowly – like fog on a winters morning. I had begun to find myself questioning the little things, growing frustrated with the personality quirks I used to be attracted to. The spark had completely dissipated. I started to lose myself as I struggled to save the relationship I knew was coming to an end. Poor Humphrey didn’t see the signs. To him our life was perfect, Hell, to everyone our life was perfect. Everyone except me.

I’d like to say for the record that dear Humphrey was a model boyfriend. He was kind and considerate and he was there for me no matter what. Sure he was messy, and he always took the long road instead of the shortcut , but he was and still is a very good man. Even if he left his beard hairs all over the bathroom sink. I hope it was beard hair…

It was a Monday when I ended it. I sent him a message when he was at work saying that we had to talk. He knew then. When he arrived home that night I had packed his things ready to go to his Mums. I felt sick. It was raw, and tearful and soul destroying. I felt like I was losing a part of myself and I was terrified that I was making the wrong decision. The love we have for each other was evident that night. Neither of us wanting to hurt the other but understanding that it was necessary to move forward in our lives. We cried and we embraced and we promised that no matter what happened we would try to remain friends. That old chestnut eh?

It’s been four months now. Four months of discovering myself again. Three months of going out with friends. Around two months of spontaneous crying in public places, and maybe one month of feeling like I made the right decision.

For now I am living my life as best I can. I have new hobbies, I’ve made new friends and I’m learning to love myself as a singular entity. I’m no longer Jodie Part One of Two. I’m just Jodie. Jodie who laughs like a llama on hallucinogens. Jodie who can belt out a show tune like nobody’s business. Jodie who is grabbing life by the balls.

Humphrey is also thriving. His social life is impressive and he has taken up a new hobby of rock climbing. I’m happy to say we are firm friends. It was almost too easy to slip into friendship. There were no awkward moments. Our boundaries were set from the beginning and they have been respected. He regularly visits our fur and scale babies and we have routine trips to the cinema together. We are even chancing our luck to get My Chemical Romance tickets together with another friend which will mean a 2 day road trip. It’s almost as if we were always meant to be just friends.

I’m not really sure what the point in this blog post is. I guess what I would like is for someone to relate to this scenario. To know that they aren’t alone in feeling like something is missing in their life even though people would kill for what they have. Trust your gut. You have to choose yourself above all else. Because nobody is going to make that choice for you.

Just Chatting Love and other things 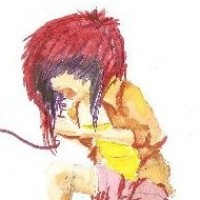 Pretty, Plus and Proud